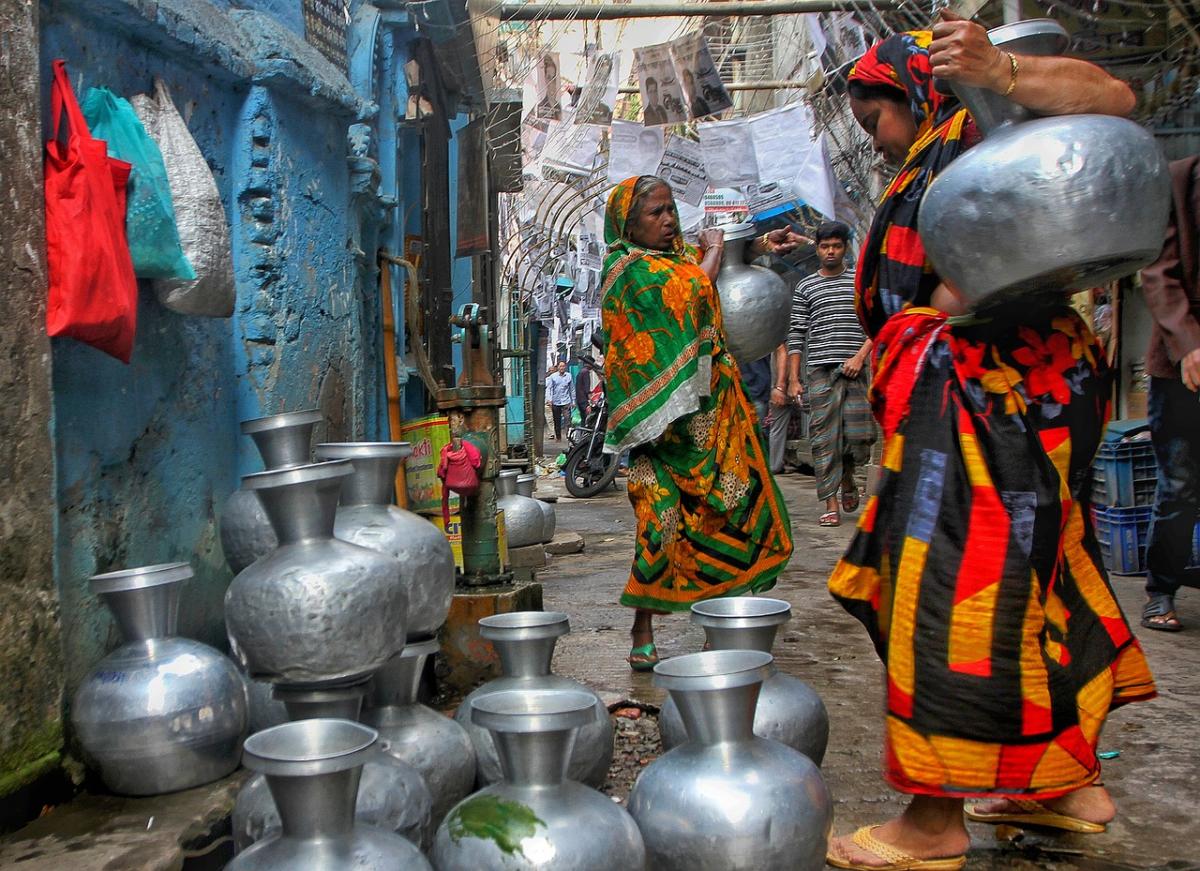 2.    Focus on systems change at a community and transboundary level in addition to programs, services, and activities. Incorporating gender mainstreaming into transboundary water resource management and peacebuilding without shifting power dynamics can result in irrelevant, ineffective, unaccountable, and unsustainable solutions.

3.    Listen to and act with the community. Development programs operating in conflict-prone zones must shift from working in communities to solve problems to working with communities and supporting their efforts.

The Role of Gender in Water Conflicts (2022) 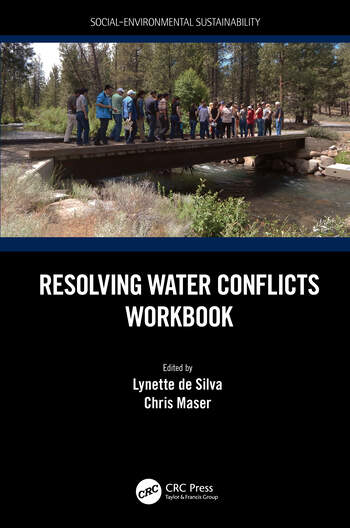 This chapter discusses inequities in involving women in water management processes and integrating a gendered approach to water conflict transformation. This is illustrated in two case studies in the Global North and Global South: the Deschutes River Basin in central Oregon, USA, and the transboundary Ferghana Valley in Central Asia. The Deschutes River Basin study identifies few women in leadership positions within water management and governance organizations, particularly in traditionally male-dominated professions. The Ferghana Valley study demonstrates that development and aid projects in a transboundary setting can fail if they do not incorporate intersecting dimensions of gender, history, religion, and culture. Both cases point out that gender-inclusive approaches are beneficial to analyzing and transforming water conflicts at any scale, geographical location, or level of development. Ultimately, in order to achieve true gender equality in water management and governance, systemic change that challenges traditional masculinized norms and practices is vital.

The passing of Security Council Resolution 1325 entitled “Women, Peace and Security” solidified the understanding that women bring a much- needed presence to the resolution of violent conflict by declaring, “[women’s] full participation in the peace process can significantly contribute to the maintenance and promotion of international peace and security.” In order to understand why women are considered necessary for the peace process and how they can be included in these processes, one must first ask: how does female peacemaking impact the durability of peace? This study employs a quantitative analysis to test this question on 156 peace agreements using binary logistic regression on thirteen models measuring peace at three different points in time. The findings reveal that in the short term, advancing the role of local female representation in the peace process can aid in establishing a more durable peace. Furthermore, the results from this study point to the successful establishment of quotas aiding the durability of peace in post-conflict states. (Laurel Stone, Seton Hall University)

The Role of Women in Transboundary Water Dispute Resolution (2018) 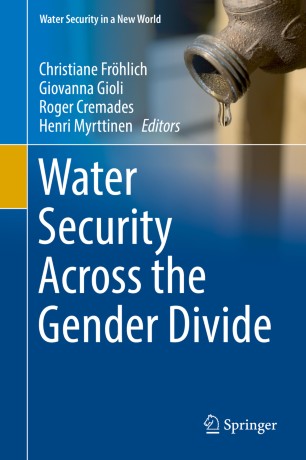 Within decision-driven organisations that address water management and conflict mediation, there is much to be learnt about the role of women. At the provincial organisational levels, women’s participation in water management decision-making processes is more prevalent, while there is a gender disparity at the higher levels of the governing domain. Filling this void will bring greater perspective to water issues and challenges; bring recognition to a wider range of potential solutions; showcase women in multifaceted roles; and expand networks to better help address immediate, mid-term, and long-term concerns. The academic literature tends to categorise the role of women working in water, in terms of their contribution to community health; or their contribution to rural communities, in developing countries. Missing is the role of women as brokers of transformation within the water decision-making sphere. While many governments and nongovernment entities have emphasised women’s participation, efforts to achieve gender equality as a fundamental component emerging out of conflict towards peace and security, needs to be applied with conviction. Until a gendered approach to water management is applied as a matter of principle; and the gender gap in economics, politics, property rights, and cultural roles are closed, the valuable voice of at least half of the global population remains silent or underutilised in the process of conflict dispute when it comes to the world’s more than 300 transboundary freshwater shared resources. 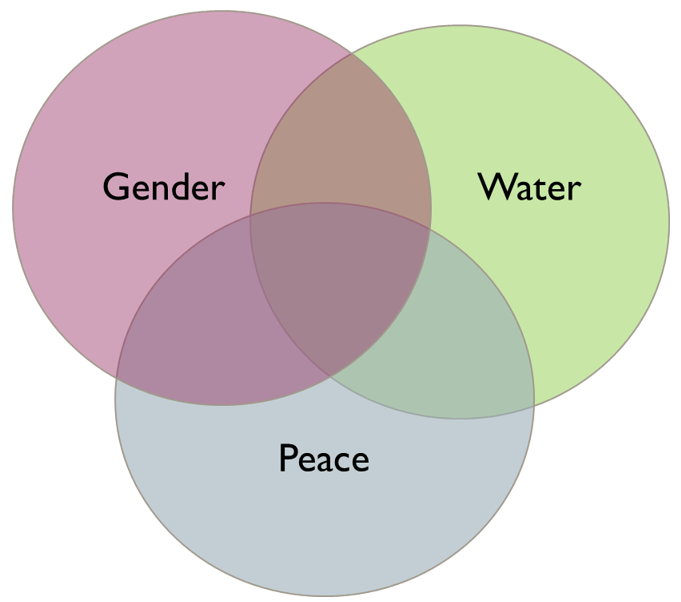 In the last two decades, there has been an increase in substantial body of work on the inclusion of women in the water management and governance field. However, these scholarly inquiries have mostly focused on cases from the Global South, where women are still underrepresented in decision-making positions in the water resources sector. This study, by focusing on a case study in the Global North—the Deschutes River Basin, Oregon, USA— attempts to make a scholarly contribution to understand gendered representation in water management in the Global North and specifically in Oregon. The study's findings illustrate that women are underrepresented throughout the DRB, increasingly so in decision-making roles in traditionally male-dominated sectors such as irrigation districts, water conservation districts as well as state and federal level water-related institutions. (Jahan Taganova, Joint Master's in Water Cooperation and Diplomacy Student)

(In)visible women: Representation and Conceptualization of Gender in Water Governance and Management (2020)

This thesis examines the representation of women and the conceptualization of gender in water governance organizations. In the first study,  gender-disaggregated data of employees involved in water governance and management of the Deschutes River Basin (DRB) in central Oregon, USA are compiled. Findings show that women are underrepresented throughout the DRB, increasingly so in decision-making roles and in traditionally male-dominated sectors. The second study broadens the focus area, in which gender disaggregated data from international River Basin Organizations (RBOs) is gathered to determine if and to what extent RBOs conceptualize women’s and gender issues. Results indicate that women are underrepresented in RBOs as a whole and in positions of decision-making power. Of the RBOs that do conceptualize gender and/or women, few have incorporated them into explicit policies, and the majority are donor funded and concentrated in the Global South. Findings show that there is no correlation between RBOs that conceptualize gender into their policies or programs and increased equitable gender representation among RBO employees and decision-makers. (Jaclyn Best, Joint Master's in Water Cooperation and Diplomacy Student)

Research into the phenomenon of adaptation has surged in recent years as people across the globe face evolving climate situations. The role of women in this adaptation research, and in policy discussions, is often unclear or entirely unaddressed. This study sought to understand both how women’s roles in adaptation are conceptualized in academic literature and how these roles are perceived by practitioners. The two-part study systematically examined a corpus of academic literature using a discourse analysis framework and applied this same framework to a series of interviews with adaptation practitioners. It was found that the discourse of women’s “vulnerability” remained pervasive in academic literature but not in practitioner discourse. The idea of gendered roles and responsibilities underscored both academic works and interviews, and the addition of discourses surrounding power relations and active adaptation practices indicated that dominant narratives may be shifting. (Theresa Keith, Joint Master's in Water Cooperation and Diplomacy Student)

Watch Ms. Natasha Carmi, Lead water specialist at the Geneva Water Hub, and Dr. Jenniver Sehring, Senior Lecturer in Water Diplomacy at IHE Delft, discuss the role of women in hydro-diplomacy. This webinar is part of the larger webinar series on hydro-diplomacy hosted by the Inidian Institute of Technology - Guwahati in 2020

News Releases, Blogs, and Other Materials

Executive Director of the International Water Resources Association Callum Clench writes about the importance of including women in water management processes by highlighting their deep involvement in different water-related sectors and the contributions that women can make in decision making processes. Check out the full article here.

Water Cooperation & Diplomacy graduates Jahan Taganova and Jaclyn Best write about the representation of women in water organizations in the Deschutes River Basin, Oregon, USA. Drawing on their previous research, they call for the increased transparency and availability of gender data to track changes in water resource management and broaden the representation of different stakeholders. Read their blog post here.